Francisco Goya was a Spanish romantic painter and printmaker born in 1740s and lived until the 1800s. Unlike many other artists whose fame came after their death, Francisco was renowned for his paintings, drawings, and engravings portraying historical events of his time. Many of his paintings show the disasters and horrors of war, (especially those prompted by the French invasion of Spain)  and this violent theme can be seen progressing throughout his career. 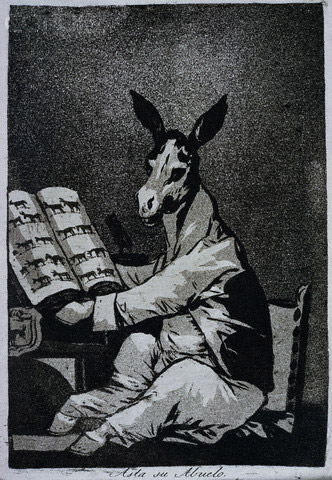 Goya’s work could be seen as the “bridge” between the traditional “Old Masters” painting style and more satirical, contemporary modernistic art of the 19th and 20th century. 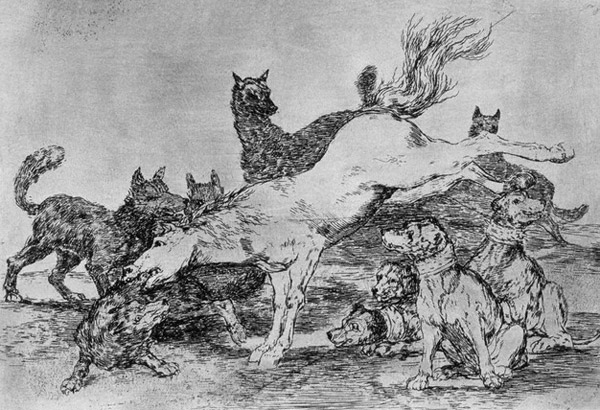 His life started out as many artists destined to leave there mark on the world. He was born to a modest family in 1746 in the village of Fuendetodos in Aragon, Spain and first started to study painting from age 14 under the training of José Luzán. Later, he would move to Madrid to study with Anton Raphael Mengs. In 1773, he married  Josefa Bayeu and their life together was filled with the heartbreak of a constant series of pregnancies and miscarriages. Having survived an unknown illness that left him deaf and witnessed the atrocities committed during Napoleon’s occupation, which are hauntingly portrayed in the mass execution of Spanish civilians, many of his paintings depict insanity, mental asylums, witches, fantastical creatures and religious and political corruption.

Goya’s physical and mental breakdown seems to have happened a few weeks after the French declaration of war on Spain. A contemporary reported, “The noises in his head and deafness aren’t improving, yet his vision is much better and he is back in control of his balance.” 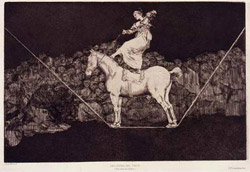 It was after his work as a court painter to the Spanish Crown in 1786 which he painted the portraits of the Spanish aristocracy and royalty, that it is noted that his work became progressively darker and more pessimistic. However during this time of bleakness the social aspect of his life was sky rocketing. He was appointed Director of the Royal Academy in 1795 and in 1799 Goya became Primer Pintor de Cámara, the then-highest rank for a Spanish court painter and completed some of his most famous commissions.

Goya settled in Bordeaux, France, continuing to work until his death there on April 16, 1828. Now, you can find his paintings hanging in some of the most famous museums in the world.