Paul Desmond Brown was an illustrator and horse artist.He was born in Mapleton , Minnesota and as a child he began drawing horses.

Although he never owned a horse, he was a fan of horse sports and frequently whent to hunt race meetings, polo matches, racetracks and horse shows. He studied everything about horses and became an expert at portraying them.

He is especially known for his gift to accurately depict horses in motion. During his career, he wrote and illustrated 32 books and illustrated another 100 by various authors. In addition to books, his works appeared in numerous magazines including Collier’s, Cosmopolitan, Liberty , Elks, The American Legion, Country Life, Spur, Polo, The Sportsman and many others.

As a commercial artist, he is recognized for the hundreds of drawings used by Brooks Brothers of New York in their advertising and promotional materials. He died in 1959 in Garden City, New York . 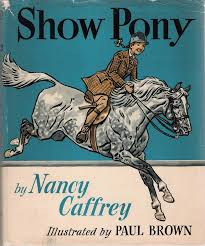