Peter Biegel is best known for his illustrations and painting studies of horses and his work has been exhibited in prominent galleries  in both the USA and England. His family had been involved with horses and art for generations-an ancestor was Frederick Sang, notifiable painter and architect who lived in London. His great-grandfather was an Irishman steeplechase who was killed when he was 21 in a steeplechase, and his Dutch father was nicked named the ‘Flying Dutchman’ in the hunting fields. Peter grew up surrounds by horses and art, and after graduating from the  Downside School, he worked in the city at his father’s business for five years. At that time, he realized that art was his true passion and in 1938 he became a student of Lucy Kemp-Welch at her school in Bushey and enjoyed early success. 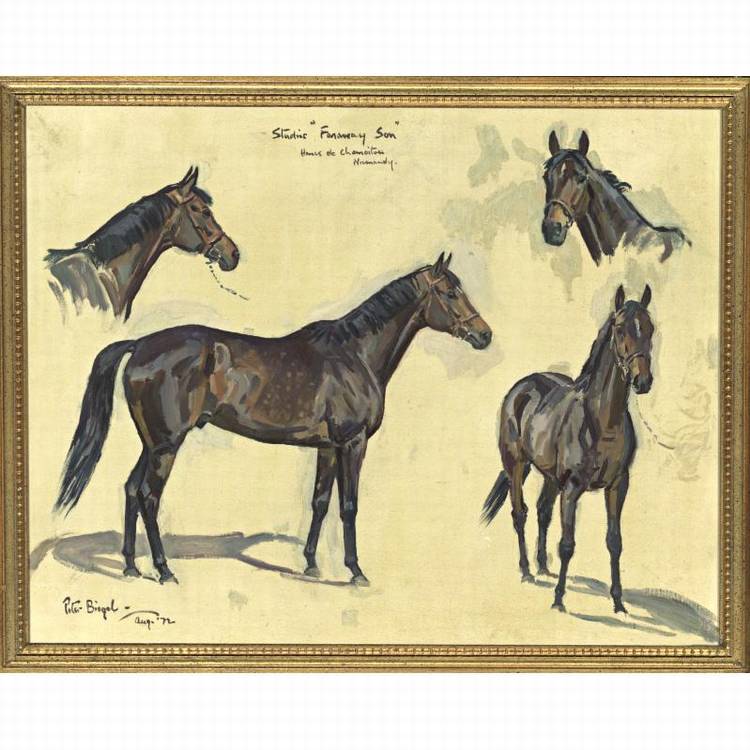 While studying with  Lucy Kemp-Welch, he met author Shirley Faulkner-Horne and became her book illustrator, illustrating almost all of her books. The first books he illustrated were Bred in the Bone, published in 1938, followed by Pat and her Polo Pony in 1939.

Soon afterwards, his schooling was interrupted by World War II, in which he received a TA commission in the Wilshire Regiment. After being injured, he was sent to Northern Ireland as a claims officer. After the war, he returned to studying art at the Bournemouth School of Art. Afterwards, he studied for a year with Lionel Edwards after a chance meeting while on a train journey. You can see traces of Lionel’s style in Peter’s carefully crafted paintings. He was Lionel Edwards’ only pupil. He started following in his father’s foot steps in hunting, but spent most of his time painting hunting and sporting scenes. Peter painted many hunts, including the Fitzwilliam and the South Dorset, as well as sporting events such as the Grand National before his death in 1988. 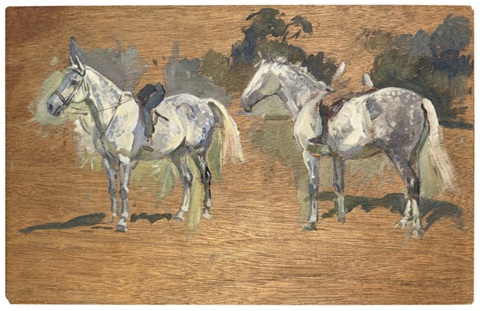