Top/side painting by  John Trumbull ( 1756-1843) and is famous for his historical paintings featuring various scenes of the Revolutionary War. He has been called by many  “The Painter of the Revolution”. 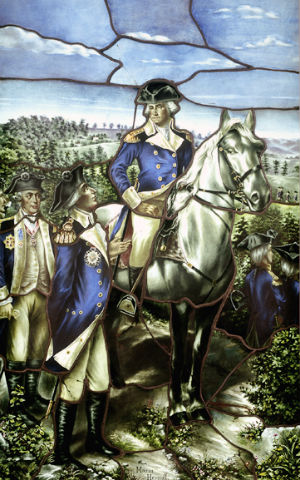 This fabulous stained glass window was created by Marie Herndl, in the 1800s. Despite her exceptional talent and several esteemed works, Marie Herndl has remained largely unknown throughout history. 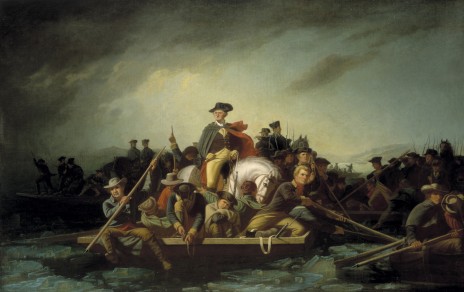 George Caleb Bingham (  1811- 1879) illustrated the historic crossing of the Delaware River by George Washington and his troops the night of December 25, 1776.  George Bingham is largely known for depicting the way of life in the frontier lands along the Missouri River. Mostly unknown, his art was rediscovered in the 1930s and he has become an icon of that time period ever since.

4. George Washington At The Battle of Princeton 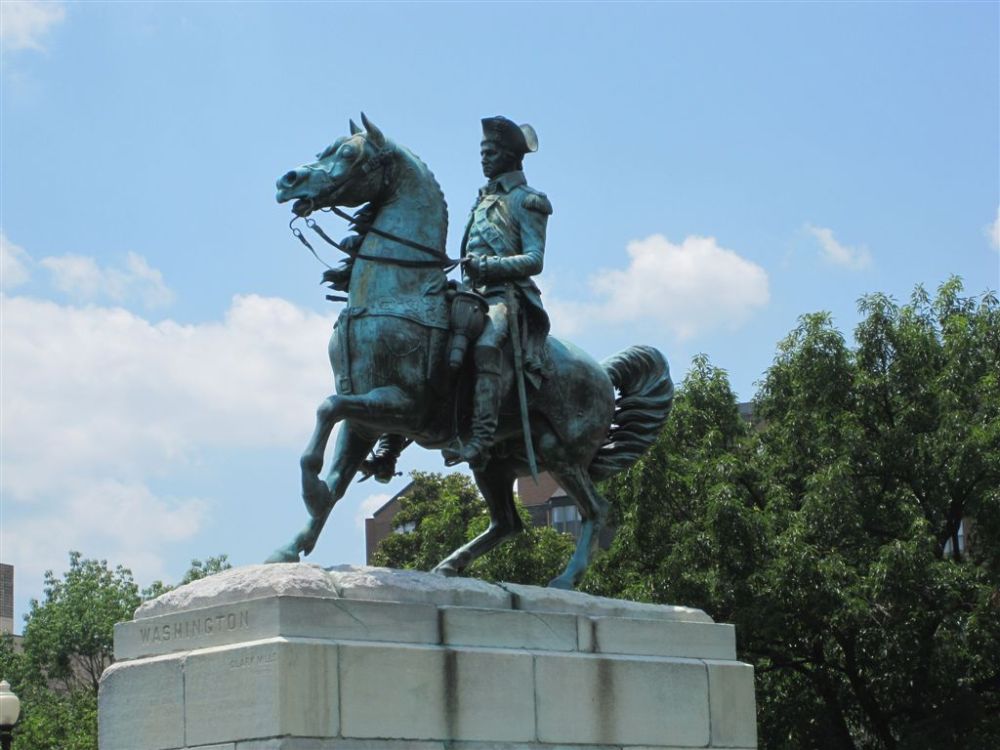 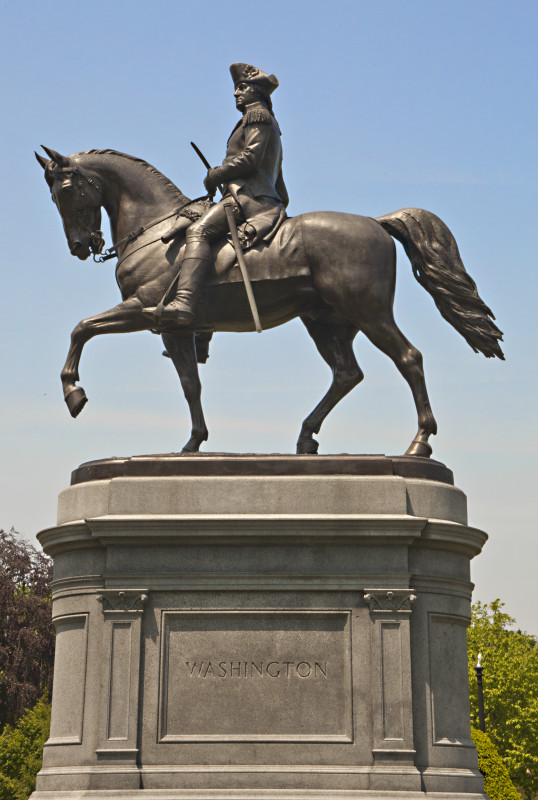 Cited as one of the most impressive statues in Boston, Thomas Ball’s ( 1819-1911) depiction of George Washington is a must see. It was completed in four years, but due the start of the Civil War and lack of bronze, it was delayed until the war was over. It was finally unveiled on July 3, 1869. Thomas Ball was an American sculptor and musician, known nationally for his work and had a large influence in New England. 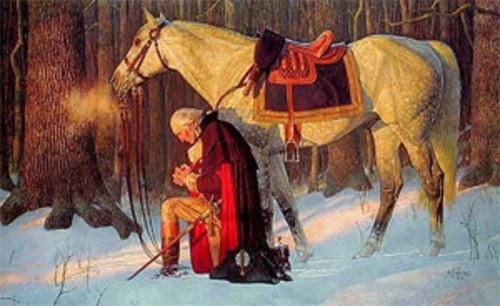 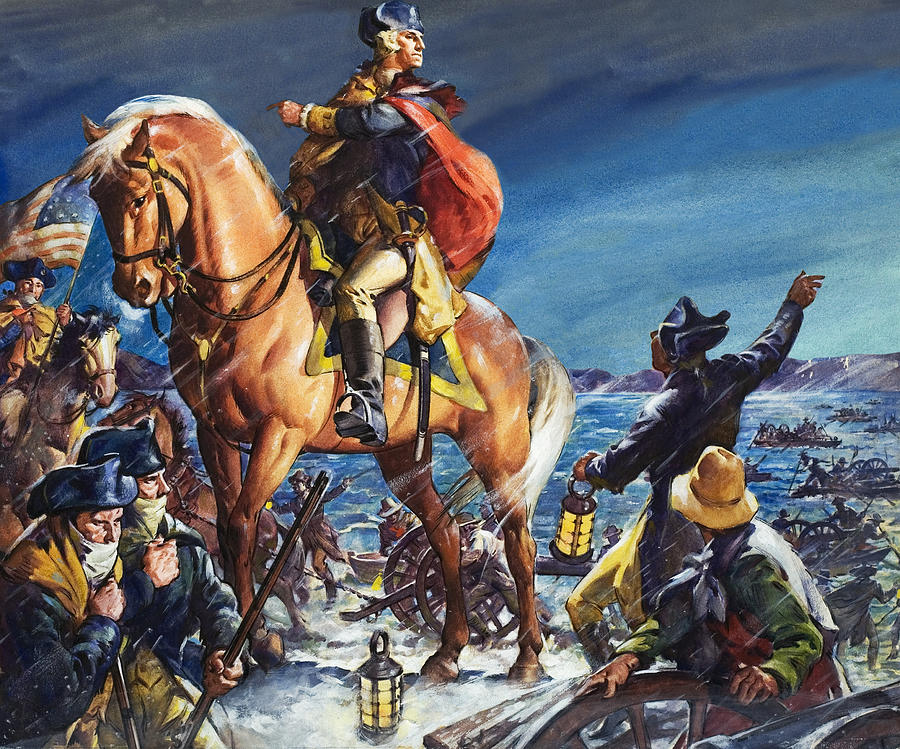 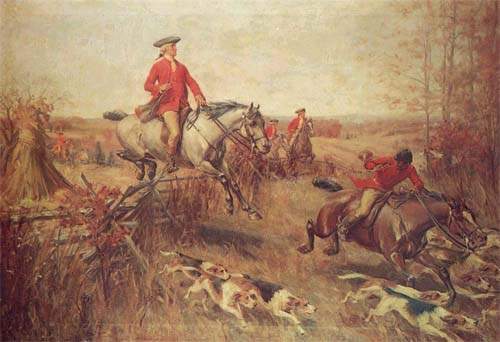 I love this painting of George Washington fox hunting! However, I have not been able to find any information about it. Do you know who the artist is? 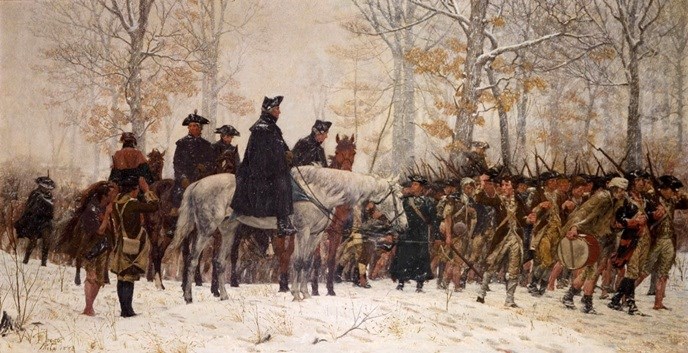 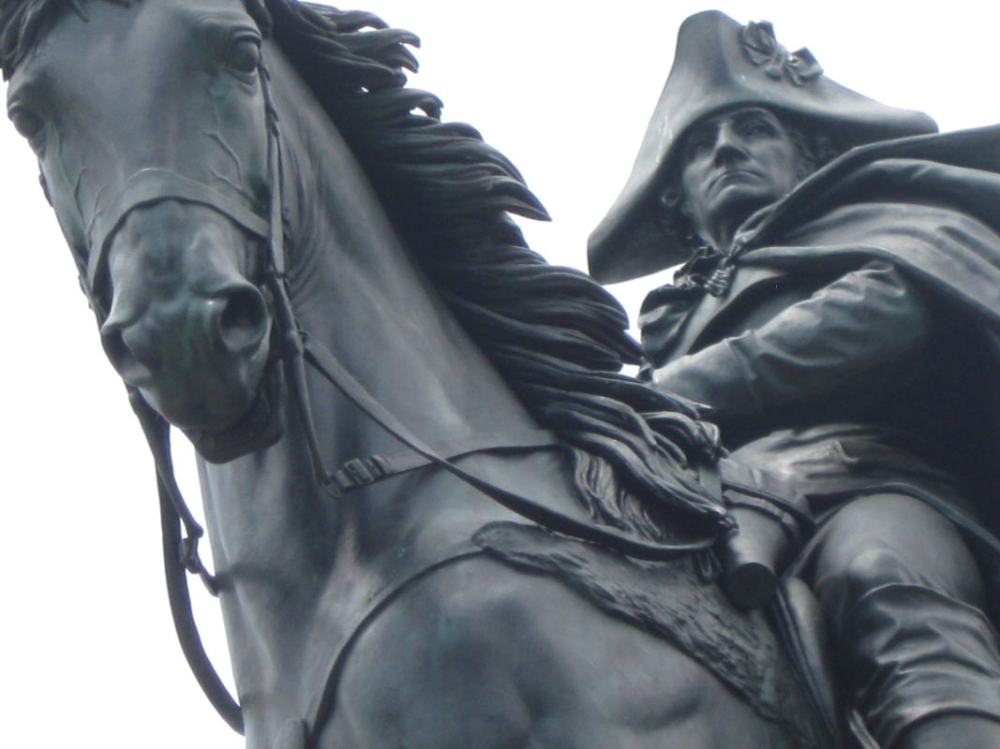 Located in Philadelphia, Pennsylvania, this remarkable statue was created by Rudolf Siemering (1835-1905).