Known for her fierce bravery and believe in her faith, Joan Of Arc supported Charles VII and helped recover France from English domination during the Hundred Years’ War. Later she was captured by the English and burned alive at the stake when she was about 19 years a old in 1431. In  1456,  Pope Callixtus III examined the trial, debunked the charges against her, pronounced her innocent, and declared her a martyr. She has been represented in many films and books, and of course art. Take a look below at several types of art she is depicted in.

“Entrance of Joan of Arc into Reims” in 1429, painting by Jan Matejko 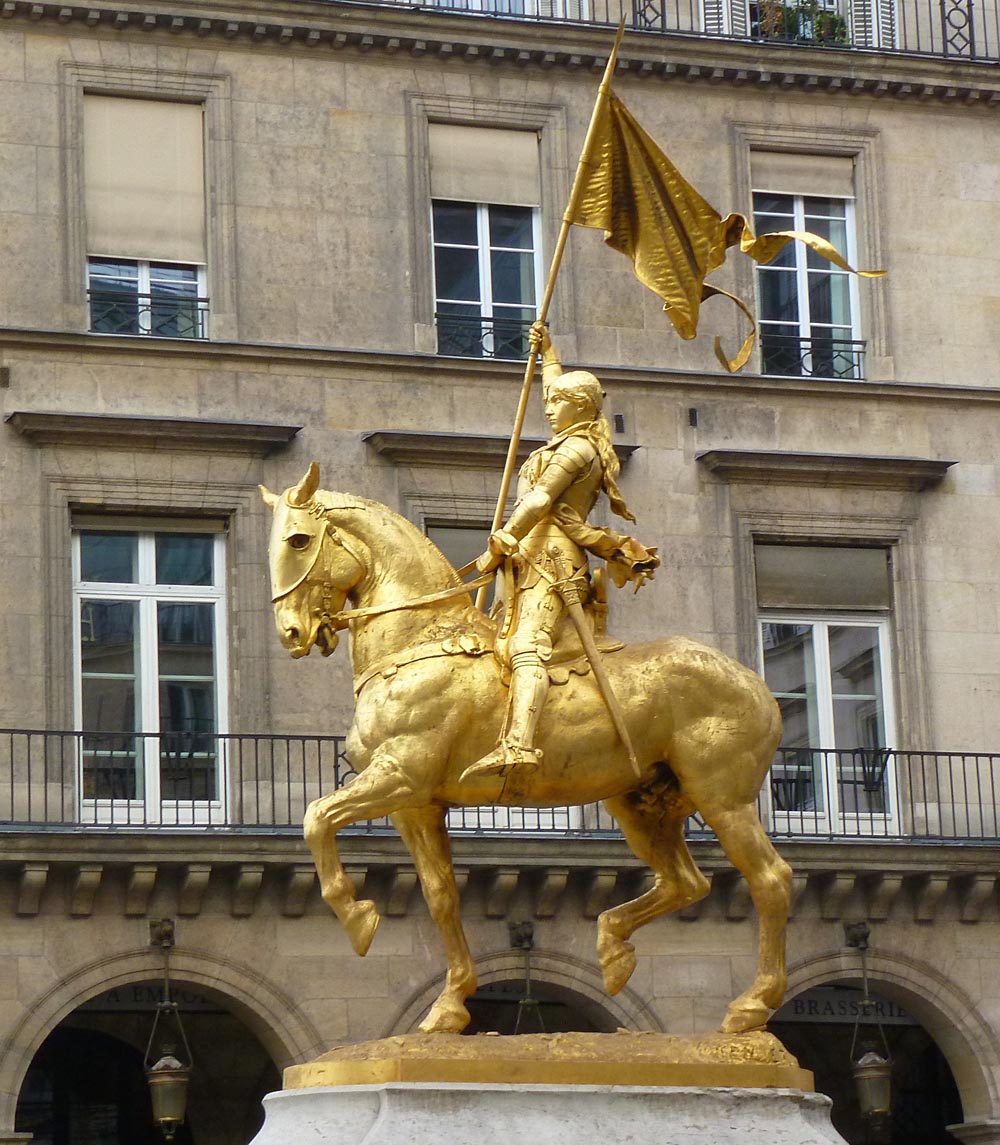 sculpture of Joan of Arc by Anna Hyatt Huntington

This is another sculpture of Joan of Arc by the American sculptor Anna Hyatt Huntington (1876 – 1973). Anna Hyatt first studied with Henry Hudson Kitson in Boston, who threw her out after she identified equine anatomical deficiencies in his work.
Replicas of this sculpture were erected in , France, Massachusetts, San Francisco, California, and Quebec, Canada. Smaller versions are in museums around the country.