Known for his painting of landscapes and working horses, Wouterus Verschuur offers us a unique look into the lives of people and animals during the 1800s. His parents where jewelers who lived in Amsterdam and he practiced his painting skill under the watchful eyes of his mentors, Pieter Gerardus van Os and Cornelis Steffelaar. He would copy paintings created by 17th century painter Philips Wouwerman, mostly of stable scenes.

His talent and interest in art started from an early age,  and success followed soon after. When he was 15 years old, he has his work exhibited “Exhibition of Living Masters” at Amsterdam in 1828.  A few year later, he won the prestigious gold metal at the annual exhibit, Felix Meriti, and afterwards became a member of several artist communities, including the Royal Academy and would travel to major European cities. In on of the highlights of his career, Napoleon III purchased one of his paintings at the Exposition Universelle in Paris in 1855.

During one of Wouterus’s many trips throughout his country and abroad, he died suddenly on July 4th in the town of Vorden, Netherlands when he was 64 years old. He had a huge collections of paintings and drawings totaling in over 2,400 which he left to his artistic son and his students. In 1998, his painting, ‘A grey and a black horse with stable boys’, a 69×59 cm oil on panel was sold at Christie’s Amsterdam for $451,165. 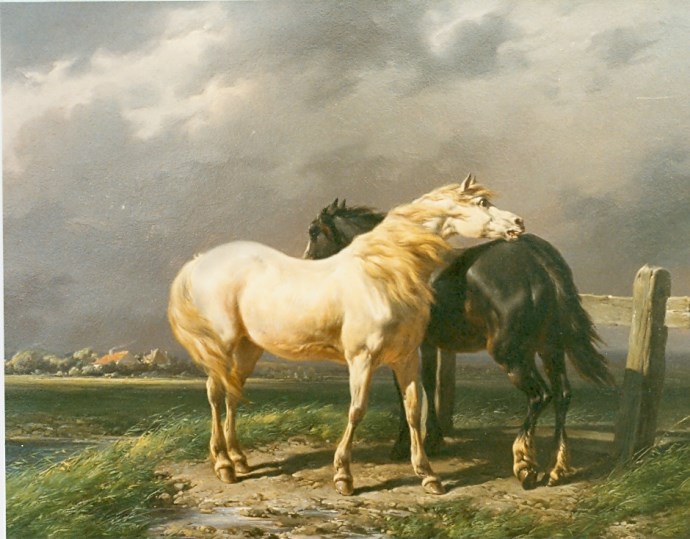