~The Living Museum of The Horse~

Today started the Global Champion’s Tour that  takes place at the The Living Museum Of The Horse in Chantilly, France! So, I decided to have today’s post theme on the museum! Here is what I found out about it. Looks amazing, love to go there one day~
The Great Stables were built by the architect Jean Aubert at the request of Louis-Henri de Bourbon, Prince de Condé seventh. Legend has it that he thought himself reincarnated as a horse and wanted, therefore, worthy of his rank teams. He left France in one of the architectural masterpieces of the eighteenth century.
Stables welcomed at this time 240 horses and 150 dogs divided into different packs for daily hunts taking place throughout the year. Louis-Henri, proud of this architecture, sumptuous dinners organized under the monumental dome 28 meters in height. Louis XV, the future Tsar Paul I and Frederick II of Prussia supped there, accompanied by hunting horns.
The French Revolution marked the end of this time, but the princely Great Stables are miraculously saved by the army which occupied it. Only two statues would be destroyed in order to reuse the lead: the statue and fountain of the Court of kennels and fame that overlooked the roof of the dome. A copy thereof was rested two centuries later, in 1989, by Yves loved one who, by a patronage operation, offered this statue at the Institute of France.
At the end of the nineteenth century, the last inhabitant of the Domaine de Chantilly, the Duke of Aumale, fifth son of King Louis-Philippe, bequeathed his estate (castle, racetrack, stables, forest, Condé museum, library and archives ..) in 1886 at the Institute of France on condition that everything is kept in good condition. So today, you can discover the treasures of this Mecca of French heritage.
The museum has 31 rooms with exhibits comprising over 1,200 paintings, drawings, sculptures, and ceramics, covering equine topics like horsemanship, horse-drawn transport, art, history, equine health, and riding equipment. The museum is referred to as “living” because it houses 31 horses of various breeds. Part of the intent of the museum is to promote the education of the public by encouraging interaction with the animals. Three to five dressage demonstrations each day illustrate the basis of horsemanship, and a large equestrian show is presented at least once a month. The privately run museum receives approximately 200,000 visitors each year; it receives no public subsidy or funding from the Institut de France. The current director of the museum is Sophie Bienaimé, daughter of the founder.
Chantilly is also known for being the “Capitol Of The Horse” is set to be one of the highlights of the 2014 Global Champion’s Tour, starting today and lasting to this Sunday, the 27th. The GCT is one of the most prestigious equestrian events internationally.This leg of the GCT is taking place right in front of the Grand Stable’s.
*interesting side notes: The Living Museum Of The Horse just opened in June 2013! It was also used in one of the James Bond films~
Here are some beautiful photos of this gorgeous building and it’s  amazing collection of art! 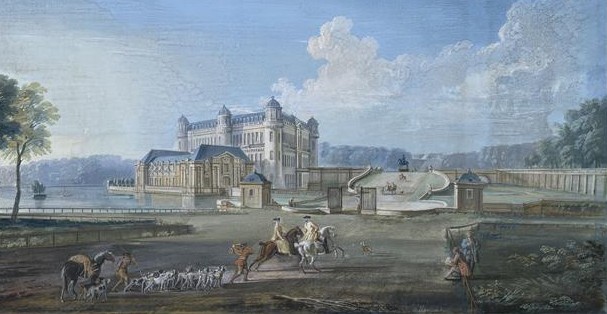 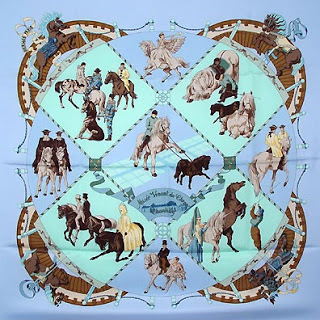 Hope you all enjoyed this one! Hope to meet again  next Tuesday~

Huh? What? Well, I will believe that when I see flying Shetlands ! https://artofthehorse.wordpress.com