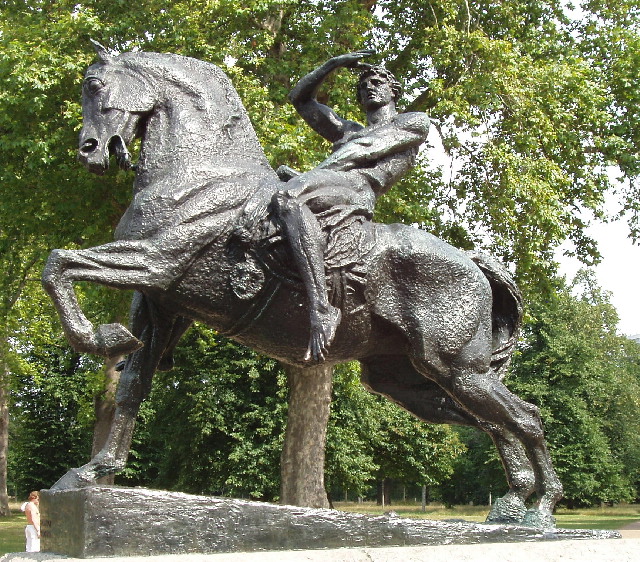 The first full-size bronze cast of this equestrian sculpture was made at Alessandro Parlanti’s foundry in Fulham in 1902. At the time, it was claimed to be the largest broze sculpture ever cast in Britain. Once the statue was completed, Watts gave the statue to the British Government. It originally stood at the grave of Cecil Rhodes ( a British businessman, mining magnate and politician in South Africa) in the Matopo Hills in Zimbabwe, South Africa. It now stands at the bottom of the steps at the Rhodes Memorial on Devil’s Peak above Groote Schuur near Cape Town, South Africa. The second casting in 1907 (photo above) is currently in Kensington Gardens. 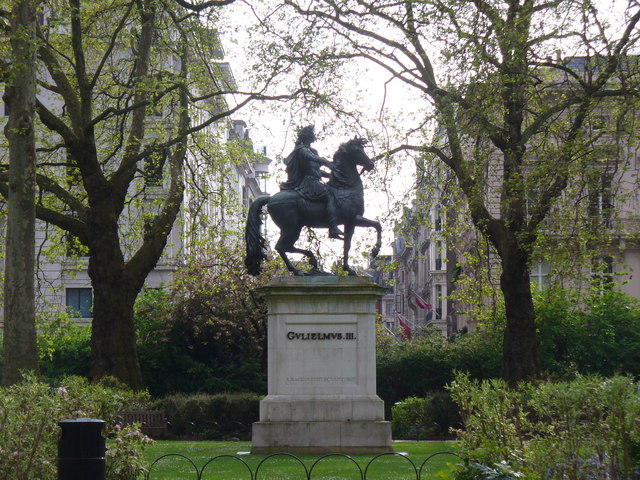 Photo of statue of William III  by Colin Smith 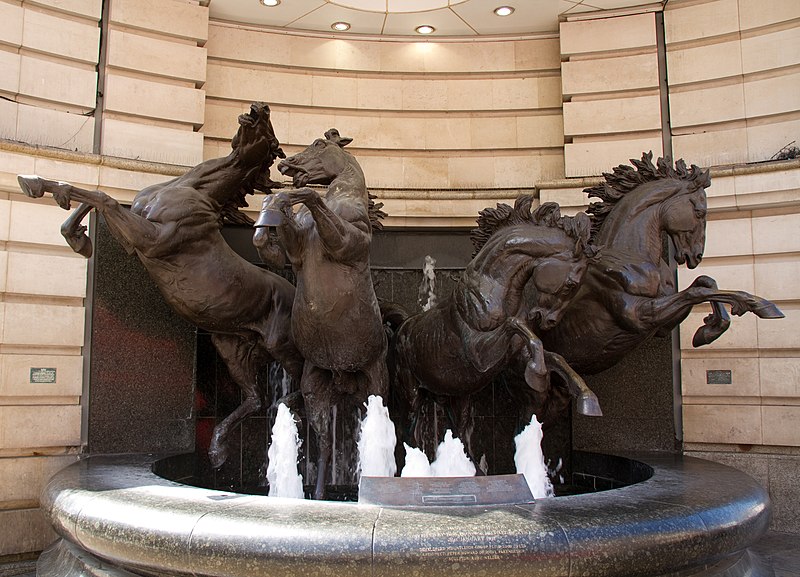 The Four Bronze Horses of Helios, The Greek God of the sun, is an outdoor 1992 bronze sculpture by Rudy Weller, located in London, United Kingdom.It depicts Aethon, Eos, Phlegon, and Pyrois.

The sculpture by Nic Fiddian Green was unveiled in 2010, and is the tallest free sanding statue in London at 33 feet high. 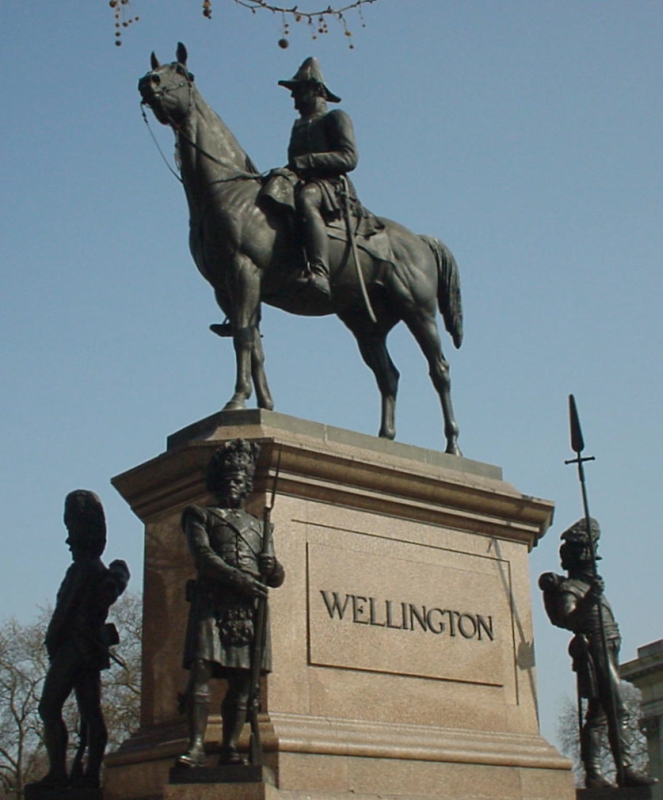 Photo by  Lonpicman – Wikimedia of  Duke of Wellington

The equestrian statue of the Duke of Wellington stands on the north side of Hyde Park Corner, London. The open space in which it stands, now the center of a large roundabout, was once called Wellington Place. The statue is of the “Iron Duke” on  his horse Copenhagen, who has all hooves planted on the ground. It was executed in bronze by the sculptor Joseph Boehm and was unveiled in 1888. The figures at the corners of the pedestal are of British soldiers, a Grenadier, a Scottish Highlander, an Irish Dragoon and a Welsh Fusilier. Wellington has a telescope in his right hand.

The statue faces Apsley House, which was Wellington’s London home.  The bronze came from captured French cannons. On one side of the plinth is inscribed WELLINGTON and on the other 1769–1852 in raised bronze characters.

Location:  Outside the Houses of Parliament, London

This statue was created by Baron Carlo Marochetti, an Italian sculptor whose works were popular with European royals and the nobility, though not well regarded by art critics. The statue was first made in clay and displayed at The Great Exhibition in 1851, where it was located outside the west entrance to the Crystal Palace. It was well received at the time and two years later Queen Victoria and Prince Albert raised the money to make the statue.

Although the money was raised and the bronze cast of the statue was finally completed in 1856, a lengthy dispute delayed its installation for several years. The original idea had been to have the statue as a memorial to the Great Exhibition. This prompted opposition, as did proposals to place it outside Charles Barry’s newly completed Palace of Westminster. Various other locations to display the statue were considered before agreement was reached that it would be placed in Old Palace Yard, Marochetti’s preferred location. It was installed in October 1860, though it was not until March 1867 that it was finally completed with the addition of bronze bas-reliefs on either side of the pedestal.

The quality of the statue’s workmanship caused problems during its first half-century; the horse’s tail fell off the day after it was installed at the Great Exhibition, and forty years after its installation it was discovered to be riddled with holes and to have never been properly attached to its pedestal. It narrowly escaped destruction during the Second World War when a German bomb dropped during the Blitz landed a few metres away and peppered it with shrapnel. The pedestal and the horse’s tail were damaged and Richard’s sword was bent by the blast. In 2009, the authorities undertook a project to conserve and restore the statue. 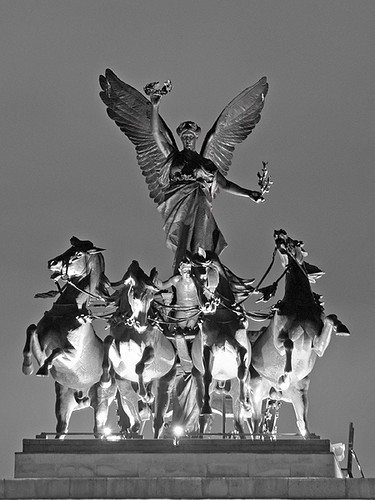 Photo By Metropol 21 on Flicker

Peace descending on the Quadriga of War – Wellington Arch

“Gift Horse” is a  riderless bronze sculpture made by  German-US artist Hans Haacke. It was unveiled in Trafalgar Square, London in March 2015. There is a live ticker of stock prices attached to its right front leg, “completing the link between power, money and history”, according to London Mayor Boris Johnson’s office. The design came from an etching by English painter George Stubbs (1724-1806).

Thanks for reading and I hope you learned more about these  interesting and unusual  equestrian statues in London!!