Having spent over 35 years in the equine art world, Alexa King’s work is internationally known for not only for her ability to capture the beauty and spirit of the equine, but also for her incredible engineering feats. To see an example of these accomplishments, look below to her Barbaro Memorial which all four feet are off the ground, or to her sculpture of a life-size fox hound, with only one foot on the ground.

Born to an artistic mother and a father who managed the construction of structures, it is no wonder how she got her skill and eye for creating these magnificent monuments and memorials. When asked about her first memory of creating art, Alexa’s reply is “With my mother at the Art Students League in Indianapolis.”

Before studying as a painting major at Ball State University in Muncie, Indiana, her family moved to Camp Atterbury in southern Indiana when her father become post commander. This was a step in the right direction for her career, as she “connected immediately and fundamentally connected with the vast panorama of the natural world around her.” This experience influenced her artistically while at the same time insinuated into her life a love for equines. Both of these factors would help further her art career and make her one of the most well-known artists in America.

Though, it wasn’t until studying at Ball State University did she discover the wonderful world of sculpture. It was only three months after casting her first bronze when she had her first one-woman show at the Morris Douglas Fine Arts and Phippen O’Brien Gallery in Scottsdale, Arizona, USA.

Since that exhibit, she has had many public and private commissions. Another of her most well-known sculpture series is the “Pony Express” at the Nelson Rockefeller Collections, NYC.

Some of her art achievements include: Having her sculptures in the collections of the USA’s most prominent families and institutions. Her stunning depiction of a hen Ostrich was exhibited at the Leigh Yawkey Woodsen “Birds in Art” exhibition. Two of her bronzes were actioned off at Christies’ in London, as well as her “Thoroughbred Mare and Foal” was auctioned at Southeby’s Important Sporting Art. She has also made the awards/trophies for: Ford Motor Company’s Presidential Awards, Arena Football League, the Del Mar Thoroughbred Club, and the USEF Horse of the Year Award trophy. She has also made CD case designs for Aerosmith and Warren Zevon.

Barbaro was an American thoroughbred racehorse owned by Roy and Gretchen Jackson, of Lael Stables. He won the Kentucky Derby in 2006, but shattered his leg two weeks later in the 2006 Preakness Stakes, ending his racing career. He survived the injury, but by July 13, he had developed a severe case of laminitis in the left hind hoof. Later, Barbaro would develop laminitis in his front legs. He was put down on January 29, 2007. He was loved by thousands from across the world and one of the most beloved horses of America.

Alexa King’s Barbaro Memorial was installed in 2009. She was selected out of 100 artists to sculpt Barbaro winning the Kentucky Derby in 2006. “I was hoping to show homage to his story but also bring to the viewer how incredibly talented Barbaro was.”

Besides writing the moment that Barbaro won the Derby in stone, she also created the first ever life size horse to have all feet off the ground, showing people the true power of this legendary racehorse, who was loved by thousands from around the world.

This past Sunday (Febuary 28th, 2016) Alexa joined me on #EquineartHour for a Q&A-you can read it below:
TFS: How did you get into sculpting horses? Have you always been around horses?

AK: When I was a little girl in Muncie, Indiana and saw horses nearby at a stable, probably 6 or 7 years old. I was smitten then! I didn’t start sculpting until I was in college. My first horse sculpture was a stallion I was training while living in Scottsdale, AZ.

TFS: Do you work in other mediums?
AK: Yes, drawing and painting. I start my ideas with quick sketches. (after photo) These are just warm up sketches, I don’t work from photos. 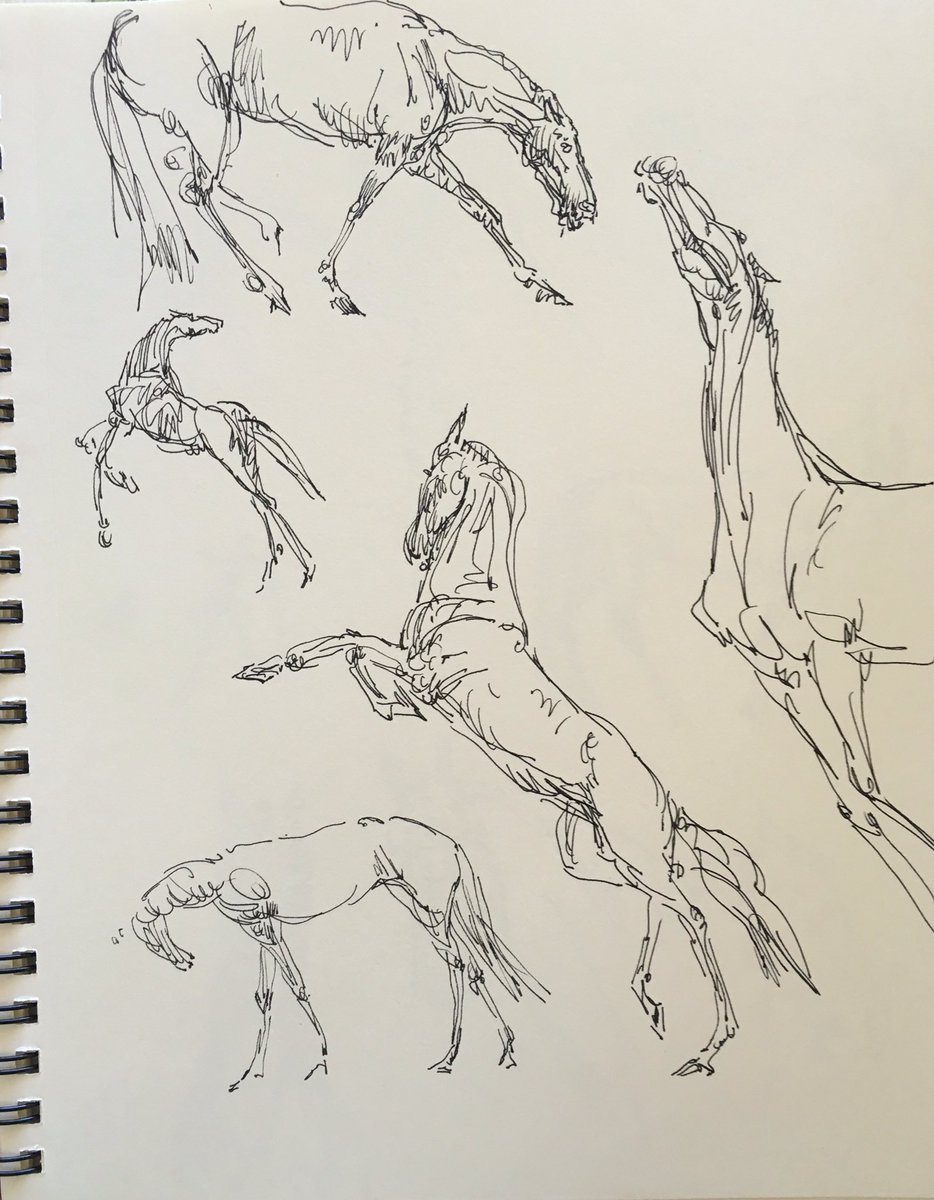 TFS: Can you tell us about your artist process?

AK: Well I start with thinking about what I’d like to convey to the viewer. Then I start putting together an armature which is the structure that supports the clay that I use. 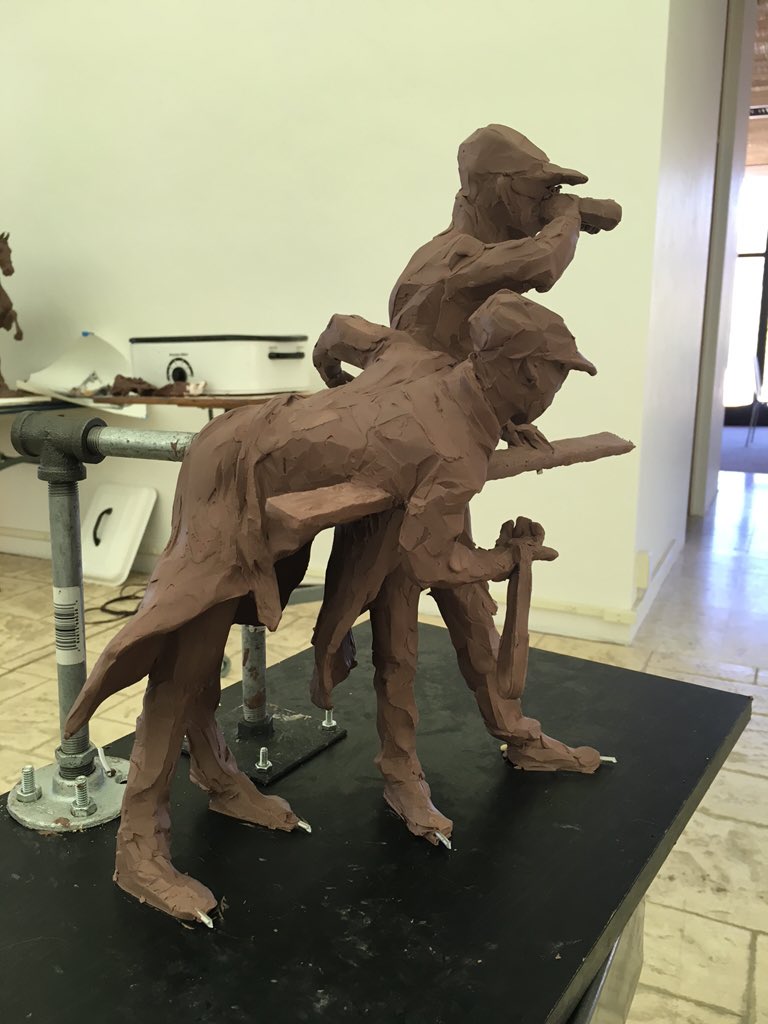 The pipe you see with these figures are inside the clay model. This is the wire I use. 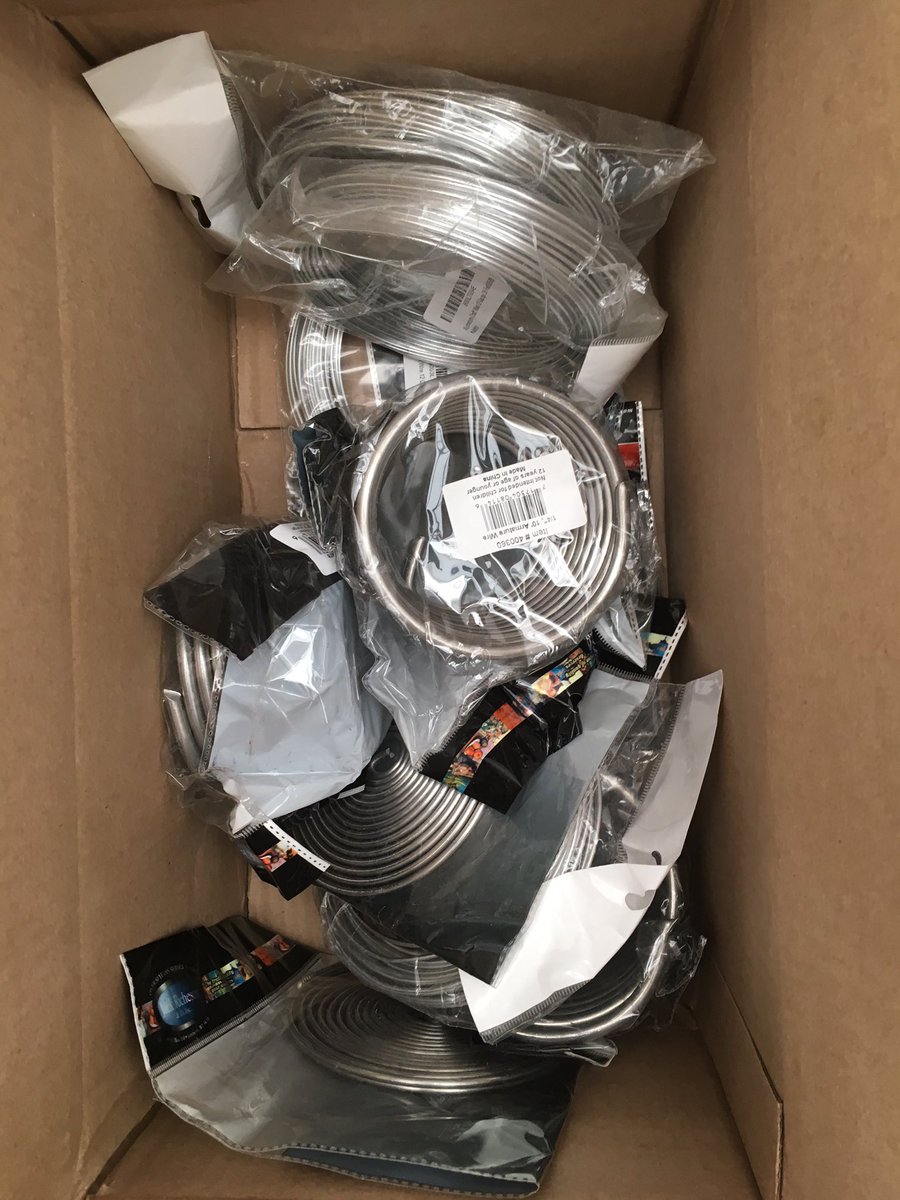 And the wax based clay it comes in 10 pound chunks. and this is the clay applied to the armature. 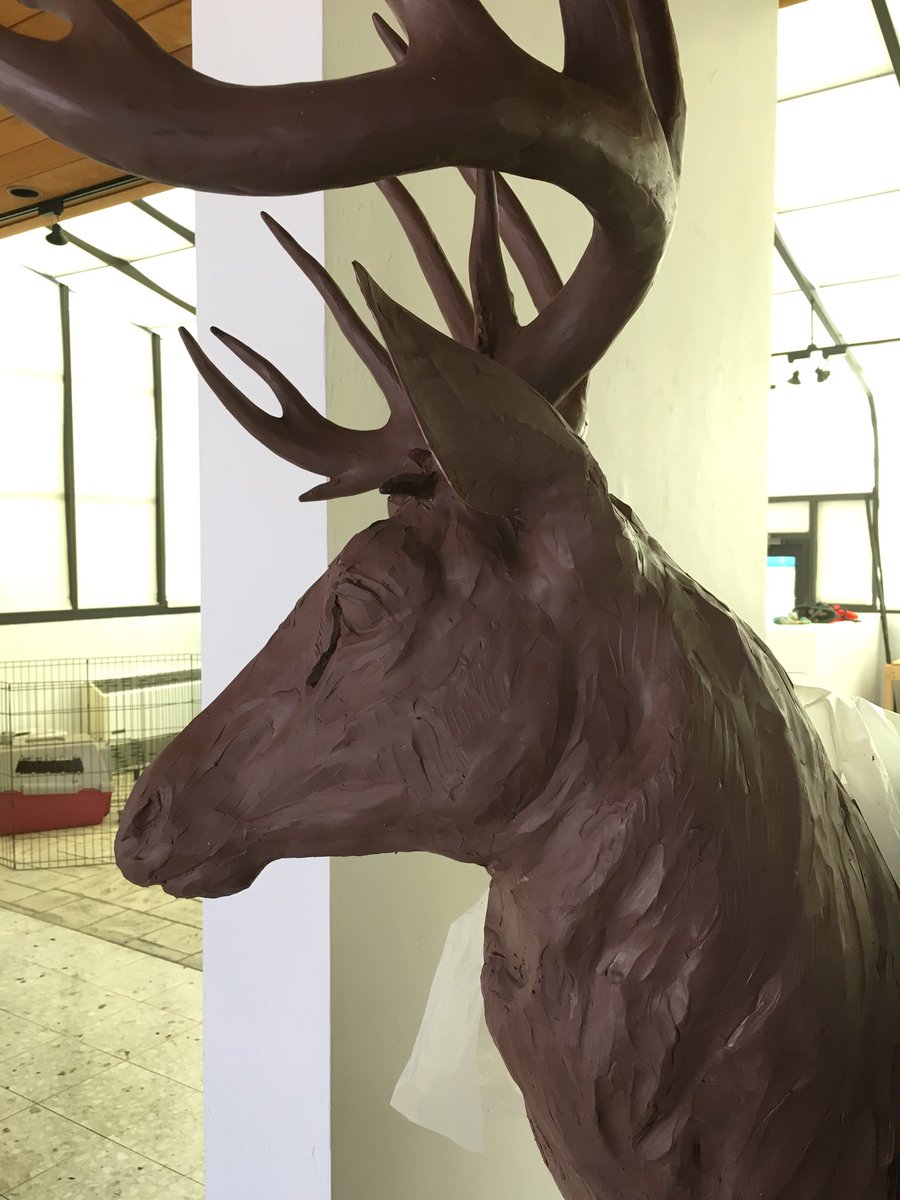 This is a life-size whitetail buck. The buck has a garland around his neck, very labor intensive. 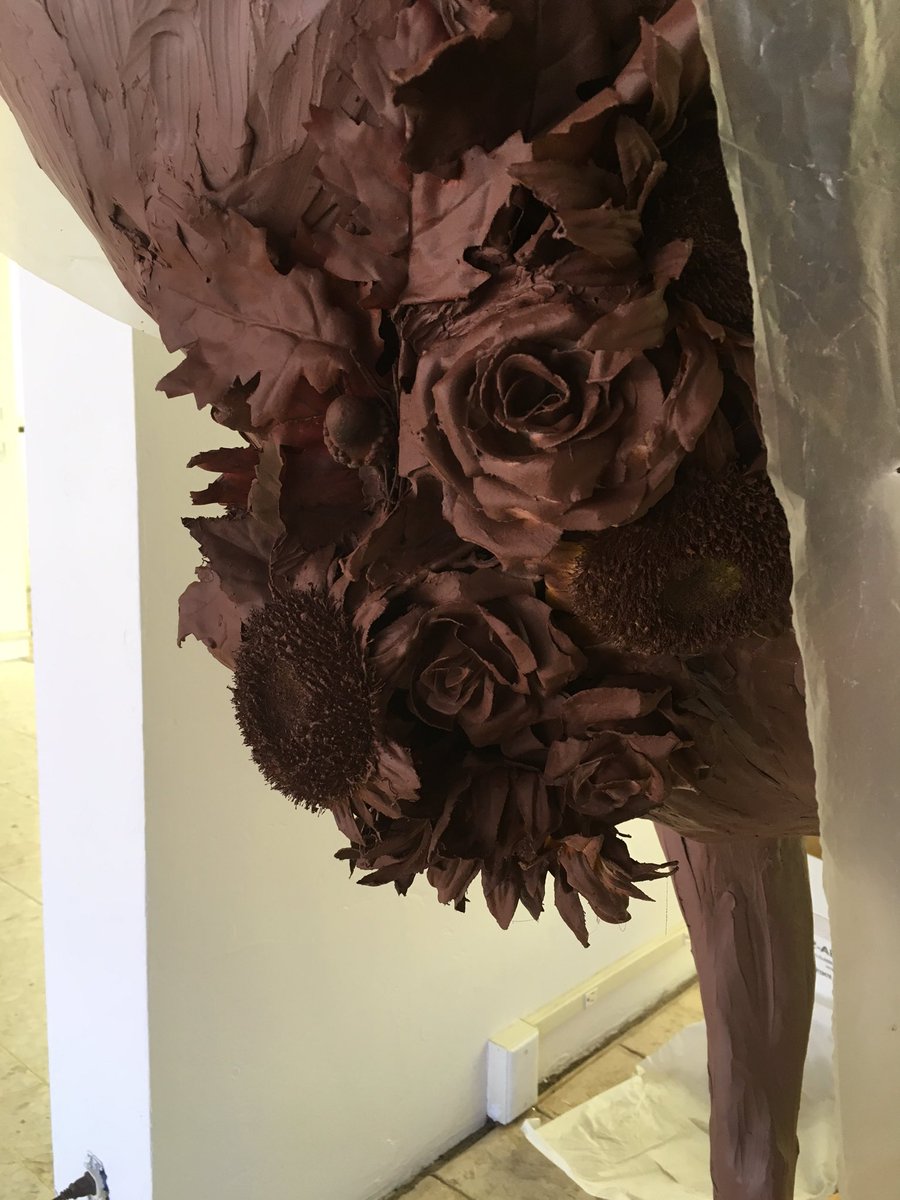 There are four deer in this grouping, will be installed at a farm in Lexington KY. This is the surface as I work on it with my hands and tools. 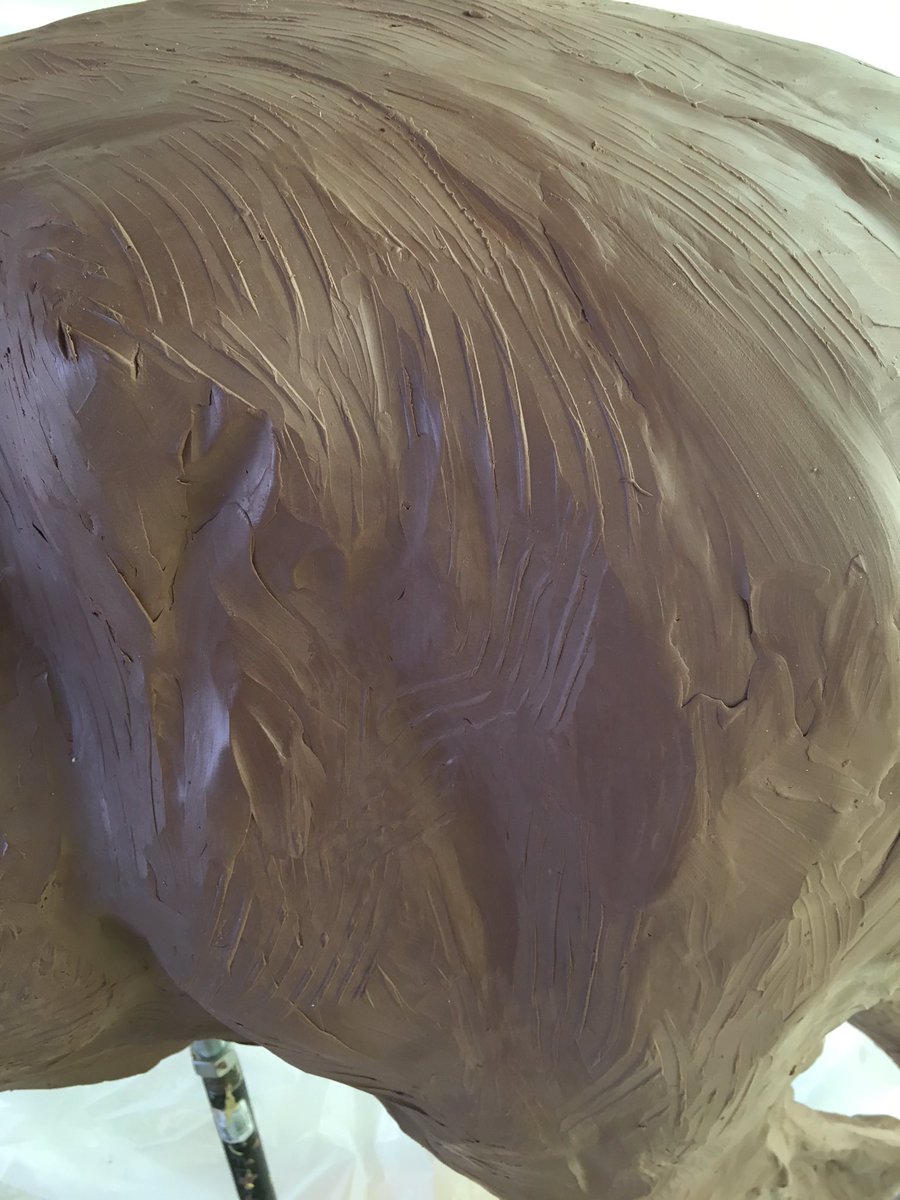 TFS: How where you selected to make the Barbaro Memorial?

AK: Out of 100 artists who competed for the commission, then the pool of artists were narrowed down to 10.
TFS: How did you come up with the design for the memorial?

AK: I completed the requirements of Barbaro: Winning the Kentucky Derby, all four feet off the ground. I didn’t see the competing sculptures. Lots of research– I studied the motion of a horse and chose the moment I depicted as the most aesthetically beautiful. And I also gave the Jacksons two choices for elevating him off the ground.

TFS: Can you tell us how long it took to make the maquette of the memorial?

AK: I created it in a month. I had to finish another large project before I could start the Barbaro maquette. I was scheduled for a trip to Ireland as well.

TFS: You went to Ireland for your sculpture project? How exciting!

AK: No-life gets in the way of schedules sometimes.

TFS: What where some of the challenges that you faced making the memorial?

AK: I wanted to complete the sculpture for the next years Derby; The Jacksons needed to bring closure to their part of his story. Also, my studio wasn’t big enough to sculpt Barbaro in so I had to make due with my garage which had higher ceilings.

Red October
TFS: Was it hard to keep the design a secret before the unveiling?

AK: Yes. Humans are very social so keeping a lid on revealing who got the commission before it was announced was no easy feat.

TFS: Can you tell us what it felt like to create such an amazing memorial to one of our greatest racehorses?

AK: I had to be of two minds, one getting the job done on time, on budget etc., the other was the thrill of sculpting. Such a gorgeous and immensely talented thoroughbred.

TFS: Can you tell me more about the Documentary, “Sculpting the Wind”?

AK: It was after I finished the project so they did a marvelous job of bringing the story of creating the bronze to life! And it was fun!! Allison was so vested in the importance of telling the story so people can understand the process. She did a great job!!

TFS: Will there be a celebration at Church Hill Downs for Barbaro’s 10 anniversary of winning the Derby? If so, could you tell me more about it?

AK: Churchill Downs has asked me to give a talk about my experience creating Barbaro and gave me a couple dates in July for the event. I’m also working on a memoir; I would like to have it ready for at least self published copies at the talk. I’m incredibly busy so it’s tough, I work on it everyday for an hour or so.

Once and Future Kings

TFS: Any wise words for other artists?

AK: Keep going. Study the masters but also look to your heart for inspiration. 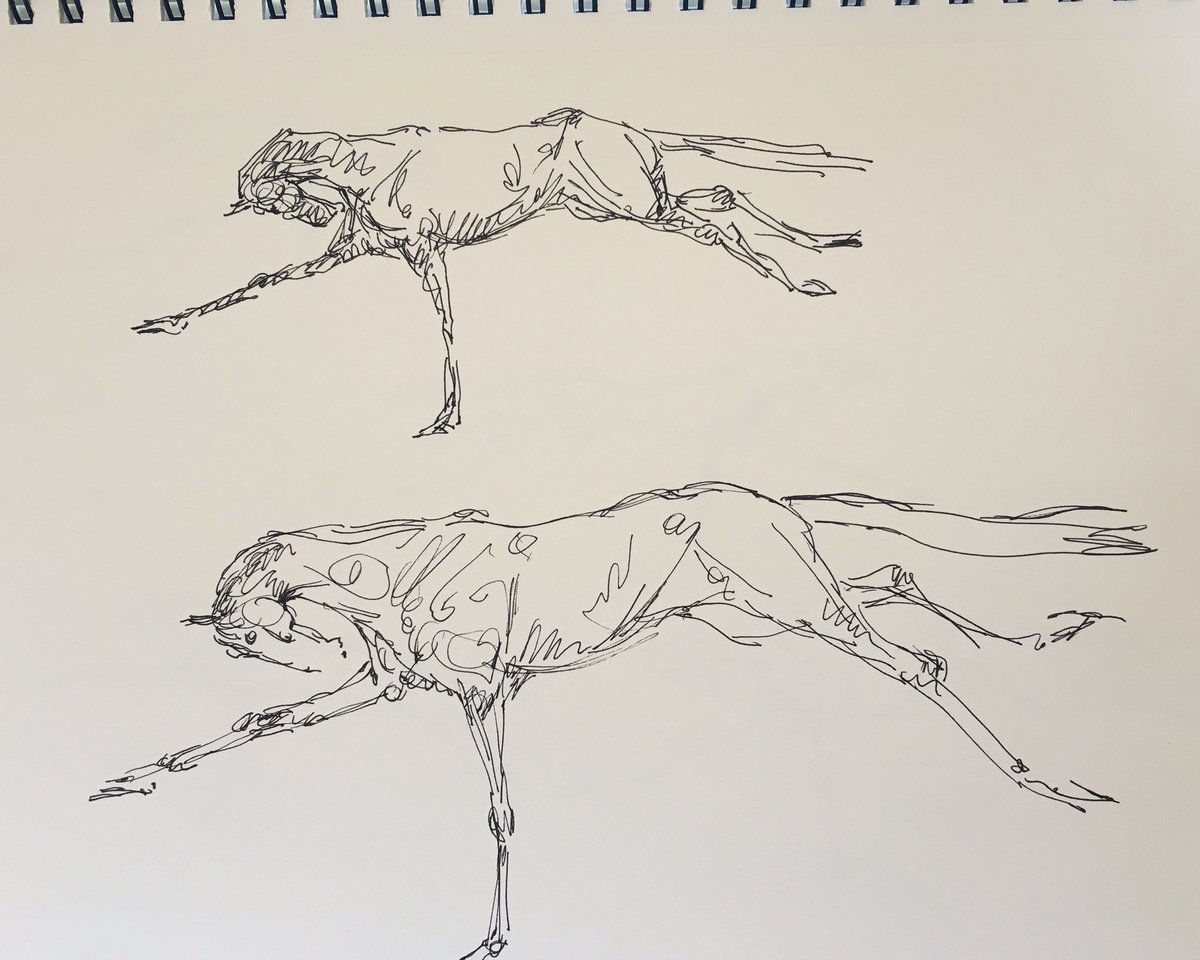 TFS: Are there any people that you admire that have inspired you as an artist an

AK: Horsemen and women. without them I couldn’t create art from experiencing what they have developed for millennia.

TFS: Are there any horses that you would like to sculpt, but haven’t yet?
AK: American Pharoah.

TFS: Do you own any horses/other animals?

AK: Yes, I have three horses. A Saddlebred mare, 23 my former show horse, a quarter horse 22 (my husband trail rides him), a buckskin Connemara, who I trail ride. I had a breeding farm with numerous national champion horses Half-Arabians Half-Hackney horses. I maintained a small breeding herd of English Hackney horses imported from England which is now carried on by my daughter Nicole. My farm name is Good Thunder Farms, established back in 1976.

Thank you to both Alexa and Mr. and Mrs. Jackson for creating this magnificent memorial to this cherished racehorse, who we will remember forever.