Charles “Kid” Russel, as his friends would call him, is a renowned  western artist that lived 1864- 1926. He was the first “Western artist” to actually live and work in the west.

Just a few days ago on July 27th, the   Coeur d’Alene Art Auction  auctioned off 30 of Charlie Russell’s paintings. His Painting above, “Trail Of The Iron Horse” sold for $1.9 Million  and another depicting a Native American chief selling for $1.1 million!! In the  The Western Art Of Charles M. Russell (I own this book) by Vivian A. Paladin mentions  that  his friends never took his art work seriously- nether did Charles. Who would think back about a 100 years ago, that his beautiful art work would sell for millions!!

In between the photos I will tell you a little bit Charles Russell,  I hope you enjoy  and find this artist as fascinating as I do!

Charles Marion Russell (1864–1926) was many things: consummate Westerner, historian, advocate of the Northern Plains Indians, cowboy, writer, outdoorsman, philosopher, environmentalist, conservationist, and not least, artist. Born in St. Louis, Missouri, Russell dreamed of becoming a cowboy and living the exciting life of men on the range. In 1880, Russell came to the Judith Basin of central Montana a few days after his 16th birthday to try his hand as a cowpuncher. After a brief, unsuccessful stint on a sheep ranch, Jake Hoover, a hunter and trader, took Russell under his wing and taught him the ways of the wilderness. Russell spent two years as Hoover’s apprentice, working with and living in Hoover’s cabin on the South Fork of the Judith River.

In 1882, Russell finally secured a job as a night herder with several cattle outfits operating in the Judith Basin.  This was the perfect job for the young artist because it gave him the opportunity during the day to observe, sketch, and document the activities and excitement of the cow camps. He worked as a cowboy and wrangler for 11 years before retiring in 1883 to become a full-time artist.

Russell greatly admired the Northern Plains Indians, closely observing their ways during summer of 1888, when he lived near the camps of the Blackfeet, Piegan, and Blood Indians in Alberta, Canada. This experience affected him for the rest of his life, and it is reflected in the many detailed works he created of Plains Indian life.

In 1896, Russell married Nancy Cooper, and she quickly assumed the role of business manager and promoter of her husband’s career.  In 1900, the couple built a modest frame house in Great Falls and, three years a later, a log studio that Russell filled with his collection of Indian clothing, utilitarian objects, weapons, cowboy gear, “horse jewelry,” and other Western props useful in depicting scenes of the Old West. Russell completed the majority of his significant works in the studio. In 1916, Charlie and Nancy adopted their son, Jack. Russell died of congestive heart failure in his Great Falls home on October 24, 1926.

By the early 1900’s, Charlie Russell had become an internationally known artist, yet he opted to spend his entire life after the age of 16 in Montana.  His love of Montana and the life he observed and participated in there shaped his art and his personal philosophy for 46 years.

Russell created approximately 4,000 works of art during his lifetime. His art is first and foremost that of a storyteller, and it was informed by his remarkable ability to capture in paint, bronze, ink, and wax the personalities and events of his time and place. He was the first “Western” artist to live the majority of his life in the West. For this reason, Charlie knew his subject matter intimately, setting the standard for many Western artists to follow~ 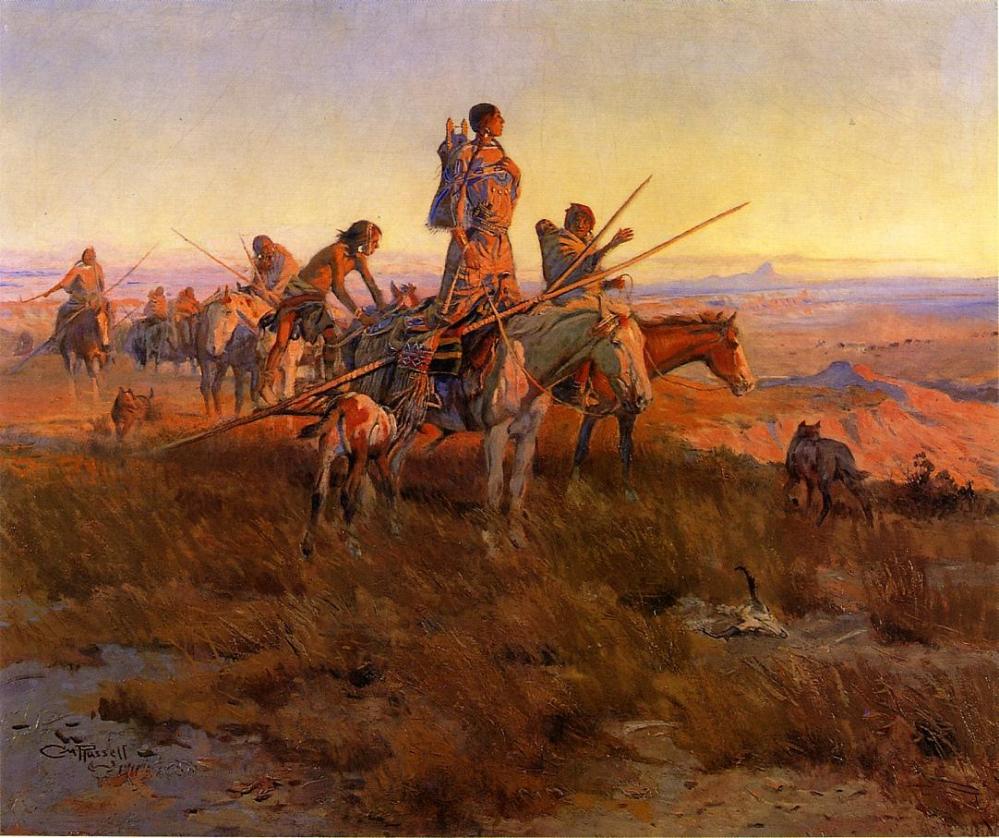 Hope you all enjoyed today’s post!! See you all Next Tuesday!

Huh? What? Well, I will believe that when I see flying Shetlands!  https://artofthehorse.wordpress.com