*  Thank you Lauren for sharing the article about this movement to move a historical monument!

Charlottesville, Virginia, USA- The future of one historical Civil War monument is at stake.  Led by Wes Bellamy, Charlottesville City Council vice chair  is calling for the removal of the General Robert E. Lee & his horse Traveller statue in Lee Park near the Downtown Mall. Bellamy and other opponents of the statue have argued that it “stands for white supremacist values that have no place in a public setting.” There is also a petition by  highschooler Zyahna Bryant, to remove the monument of General Robert E. Lee, which has over 600 signatures.

“Thoughts of physical harm, cruelty and disenfranchisement flood my mind. As a teenager in Charlottesville that identifies as black, I am offended every time I pass it,” Bryant said about the statue in a note in her petition. On Monday, it was reported that City Councilor and Vice-Mayor Wes Bellamy is calling for the removal of the statue of Robert E. Lee in Lee Park, which was also named for him.

News outlets report that Charlottesville Mayor Mike Signer announced Monday (3/21/16)  that he will create a task force to review the issue, which will be created within 30 days.

Activists also are demanding that officials rename the park, which was named after the Confederate general.

Fortunately, people are speaking out against this pointless proposition. There is a Facebook page with well over 7,000 likes and a petition with over 4,000 supporters. To see the Facebook page and to sign the petition to help save this monument of General E. Lee, go here and here, respectively. Protests have broken out, and protesters rallied at a public meeting at Lee Park.

To add to this, the hashtag “#blacklivesmatter” was spray painted onto the statue in June of 2015 (photo below).  It took about an hour to remove. I could not find out if they have found the person responsible for this. Other statues of Confederate soldiers have been targeted as well.

In New Orleans, four statues celebrating confederate soldiers will be removed as well. Councilwoman Susan Guidry said the statues would be stored until a place could be found to display them in proper context. For more information about this, go here.

This statue Of General E. Lee in Charlottesville was sculpted by  Henry Shrady (1871-1922) and Leo Lentelli (1879-1961) and was donated by Paul McIntire, a prominent Charlottesville-born businessman, in 1924. Both Lentelli and Shrady have sculpted horses before.

“Charge Of The Cavalry” in D.C. The sculptor, Henry Merwin Shrady 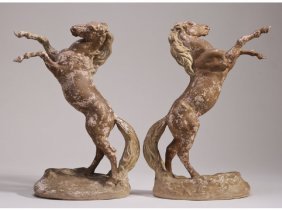 Both sides of the Civil War committed  horrible war crimes, which has happened in all wars, and both sides have different views of who deserves to be considered a hero and who was a villain. The civil war is a part of our history, whether is was good or bad, right or wrong, and  should not be a divider of our country once again, nor should history be re-written to fit someone’s wants. Instead of focusing on a statue in a small park that does not represent slavery, which is just commemorating a man who fought for his country (even if the ways of the south were humanely wrong) we should be putting all of that time, energy, and thousands if not millions of dollars it would take to move the statue to a new location into helping people and making the world a better place for all, regardless of race or religion. In the end, does it really matter if you are white, black, pink, purple or blue (well, yes, I think it does if you started turning blue..)?  We are all human, we all make mistakes, we all do things that we thought were right at the time, but in some cases were obviously not. Another thing to remember is that  when Virginia declared its secession from the Union in April 1861, Lee chose to follow his home state, despite his personal desire for the country to remain intact and despite an offer of a senior Union command. He was also one of the top graduates from the  United States Military Academy and was an Army Engineer. 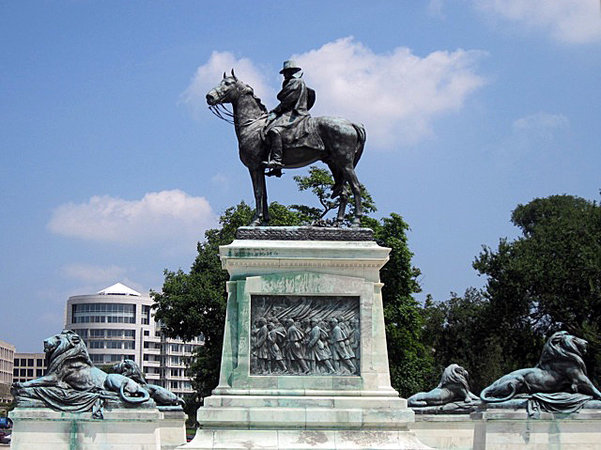 Thank you for reading and please share and sign the petition to save this monument!! Another interesting fact that I found by reading the comments on one of the articles: “My city is so lost..they are complaining about a statue of General Lee that’s in a tiny little park..I understand what it stands for…but don’t the north have statues of their fallen heroes.. What makes this even dumber is that there is a court house not even a block away with confederate statues..even depicting angels holding a confederate shield! Wow how did they miss that..and their going crazy over small park!” said SleepIsland Musicianary at  http://www.newsplex.com.

So, what do you think? Should we start taking out parts of history and our art?
Shya
Huh? What? Well, I will believe that when I see flying Shetlands !