Poised in a multi-second of time, 400 rocks are suspended from the ceiling above a towering white horse that looks like it’s trying to buck and jump at the same time. Called “The Horse Problem” and created by Claudia Fontes, it is currently on exhibit at the Argentina pavilion at the 57th Venice Art Biennale in Venice, Italy. The Argentinian born, London based artist created the monumental sculpture to make a statement on Colonialism, war, animal rights, and feminism, and after months of time in the studio her work is apart of one of the largest art exhibits in Italy.

Capturing your attention the second you walk in the corridor, the power of the horse  and sheer size catches you off guard for a moment, it looks as if nothing could bring this warrior down-until you start to notice where the true strength is coming from. For, without the young girl’s hand resting on the the horse’s muzzle serving as a balance for the weight, the sculpture would come crashing down. A few feet above the figures, around 400 rocks look like they could be a vision of space, but in realty are a reminder of war, pain and shattered dreams, casting a cold shadow against the white wall. “Our crisis.” Claudia Fontes calls it, describing the problems that the world faces on an international scale. 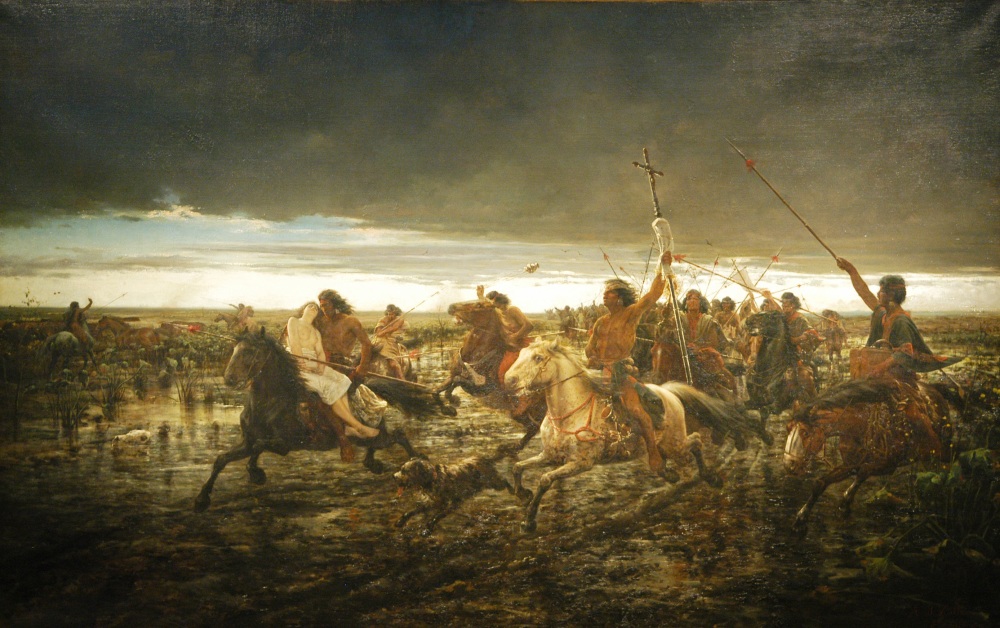 Inspired by the very first painting that was commissioned to represent the Argentinian nation, ” The Return Of The Indian Raid” was painted by Ángel  Della Valle in 1892. Over 120 years later, Claudia borrows the captive woman and horse, sculpting it into her main subject. According to Claudia, this is “meant to ‘represent’ a ‘nation,’ at a point in history when nations are collapsing.” which is the main part of “The Horse Problem”.

Coming back to the human sculpture being a key to the support of the sculpture, “The woman’s weight is counteracting the horse’s, both physically and symbolically,” Claudia said in an interview. “The horse is not charging against the woman, but looking, literally, for support, while being trapped in the building, and by the situation that he confronts. She is trying to calm the horse down and holding, with her bigger-than-life hand, not only the bucking horse, but the full scene.” 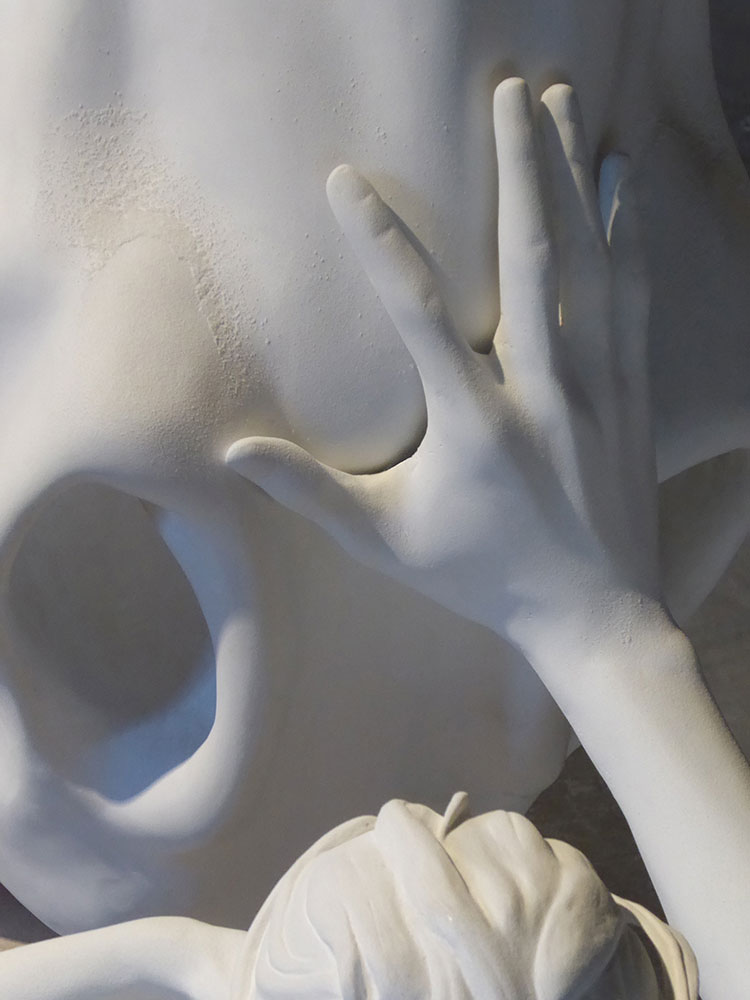