Many have heard of the courageous Korean War Horse, Sgt. Reckless, known for solo missions of carting thousands of pounds of ammunition to soldiers during the Korean War as well as bringing injured soldiers to safety. This past October in 2016, the second of four equine statues celebrating the war hero was erected at Camp Pendleton in California, with the first statue placed at the National Museum of the Marine Corps in Triangle/Quantico, Virginia in July, 2013. The last two monuments will be at the Kentucky Horse Park in Lexington, Kentucky with plans of the unveiling happening in Spring/Summer 2018 and Yeoncheon County, South Korea-her home country.

“I never expected to see a horse in the middle of the chaos in Korea,” said Harold Wadley, a Korean War veteran who served with Reckless. “Reckless supplied about 9-thousand pounds of ammo while receiving heavy artillery fire.”

Joceyln Russel, the sculptor of all four monuments and other equine and wildlife statues, was also at the unveiling.  “She was a herd animal and the Marines became her herd,” said Jocelyn. “For her to be turned loose and to walk across mine fields and heavy enemy fire all on her own I learned a lot about her loyalty to the Marines.” she said in an article.

How A Little Mongolian Mare Became Known As “Sgt.  Reckless”

Foaled in 1948 with race horse heritage,  she was purchased in October 1952 for $250 from a stable boy who needed the money to buy an artificial leg for his sister in Korea at the Seoul racetrack.  Reckless was bought by members of the United States Marine Corps and after being trained to be a pack horse she joined the Recoilless Rifle Platoon, Anti-Tank Company, 5th Marine Regiment, 1st Marine Division.  Members of the unit let her roan freely around the camp and would even let her sleep in their tents with them and  shared their meals with her, She quickly became part of the unit and was allowed to roam freely through camp, entering the Marines’ tents, where she would sleep on cold nights. He was know for her love of food-nearly anything was on the menu, including scrambled eggs, beer, and Coca-Cola. 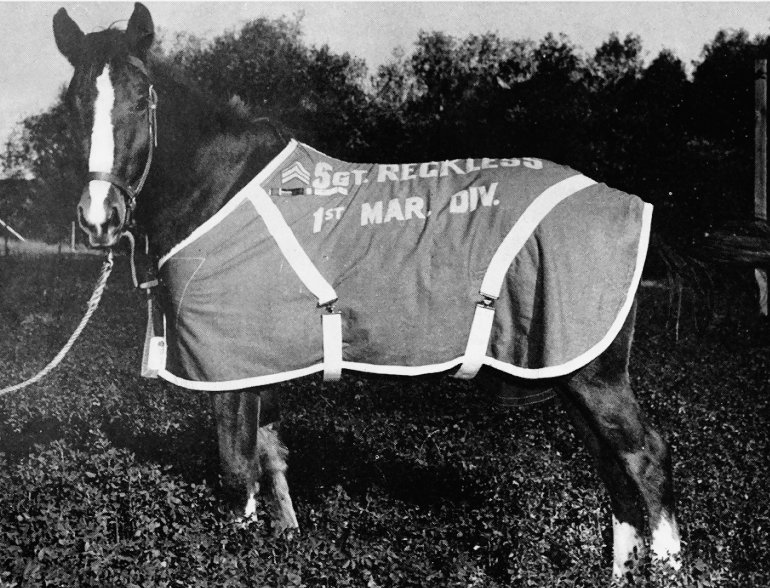 The Memory Of Sgt. Reckless Lives On In “Operation: Reckless” 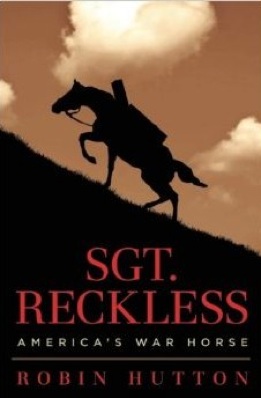 Robbin Hutton, author of the acclaimed book ” Sgt. Reckless: America’s War Horse” Is the main force behind her project “Operation: Reckless”, with the goal of cementing Sgt. Reckless’s place in history through her book, an upcoming film, and three life size bronze equine sculptures. Currently, two of the three sculptures have been unveiled, with the second most recently installed at Camp Pendelton on California.

You can find out more about Sgt. Reckless, Robbin Hutton as well as the future monuments, film and book here.