A crisp morning in the fields, the smell of freshly plowed dirt. A blissful summer day with the waves creeping smoothly up along the beach, with the gleeful sounds of horses prancing and cooling off in the water. No matter when or where, Lucy Kemp Welch’s art is like a moment of a time long gone caught on canvas, with the horses ready to continue plowing the fields for the next crop. 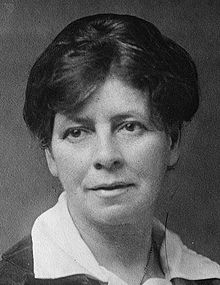 Lucy’s art career started off when she was young. When she was 14, she had her first art exhibit of her paintings. While in her early twenties, she, along with her younger sister, Edith, moved to Bushey to study art at Hubert von Herkomer’s Art School. Several years later, when she was still a student in 1895, her painting “Gypsy Drovers Taking Horses to a Fair” was shown at the Royal Academy in London. Lucy was one of  Herkomer’s favorite and best students. In 1905, Lucy took over the Herkomer School and ran it until 1926, first as the Bushey School of Painting and then, after relocating it to her own home, as the Kemp-Welch School of Animal Painting. Her former assistant, Marguerite Forbisher, took over the school (called Forbisher School of Art and is currently apart of the Bushey Museum) in 1928.

In 1914, Lucy became president of the Society of Animal Painters and a year later in 1915 she provided illustrations to an edition of Anna Sewell’s Black Beauty.

She also painted two Boer War scenes, In Sight: Lord Dundonald’s dash on Ladysmith, and Sons of the City (currently in a private collection). Both of these featured horses in military action and led to several large commissions for her during the World War One. She is best known of her paintings of military horses.

During The Great War, women worked at Army Remount Depots to train horses for military service. Lucy was commissioned by the Women’s Work Section of the Imperial War Museum to paint a scene at the largest depot,  run entirely by women, at Russley Park in Wiltshire. The Directors at the museum did not like her representation, and instead liked another,similar painting of the same subject. Lucy agreed to sell the painting, “The Straw-Ride- Russley Park, Remount Dep’t Wiltshire” to the Women’s Work Section of the Imperial War Museum and agreed that the second painting was the better of the two. Later she decided to donate it to the Museum.

In her book, Kemp-Welch: The Spirit Of The Horse, author Laura Wortley wrote: “During the Boer War and the First World War Lucy became fascinated by cavalry horses, which she painted both on the battlefield and at exercise, earning her the friendship of Robert Baden-Powell (later Lord Baden- Powell, founder of the Boy Scouts), who provided her with Black Prince, the model for Black Beauty.”

In 1916, Lucy asked for permission to visit the Royal Field Artillery camp at Bulford on Salisbury Plain, England. She asked the officer in command of the camp to have eight batteries of horse artillery  continually ridden towards her so she could sketch the horse teams in movement at close quarters. These sketches turned into the famed paintings, “The Leaders of a Heavy Gun Team”, currently in the Royal Artillery Institution, and “Forward the Horses”. These paintings were shown at the Royal Academy in 1917 and “Forward the Horses” was purchased by the Chantrey Bequest for the Tate. Both were popular images at the time, though some critics say she dramatized the horses’ role in the war, since World War One was fought with many mechanical weapons. Lucy would continue to make several sketches at notable  Royal Artillery camps.

One of Lucy’s last paintings about World War One was a huge panel commemorating the work of women during World War One for the Royal Exchange. After that, she focused mainly on paintings of gypsy and circus life. She spent several summers following Sanger’s Circus, painting the horses.

Lucy lived in Bushey, Hertfordshire, England  for most of her life. At one time, a carriage horse fell dead in Bushey and Lucy made a careful sketch of the corpse for future reference for her paintings. The Bushey Museum houses many of her large works, including paintings of wild ponies on Exmoor, galloping polo ponies and one of the last horse-launched lifeboat being pulled into a sea, The Lucy Kemp-Welch estate has been represented by Messum’s Fine Art since 1975.

Below are a few tidbits of information I found interesting about Lucy:

Our internet has been spotty and finally came back on without breaking today. Sorry for the delay in publishing this article! Summer heat…I wish I was swimming in Horses Bathing!:)